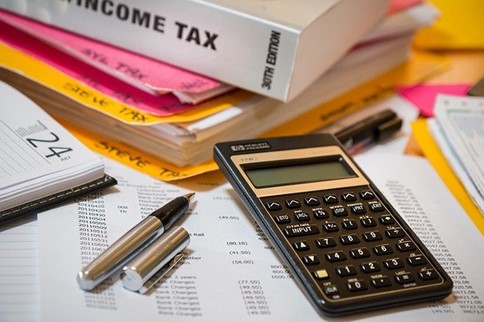 Over the last few years, there’s been much debate over whether there are enough regulations of professional tax preparers. Due to many errors in claims and returns, lawmakers Jimmy Panetta of California and Tom Rice of South Carolina introduced a protection plan back in June called the Taxpayer Protection and Preparer Proficiency Act. This act would mandate minimum competency standards, and professional tax preparers would need to follow regulations.

But what does the Taxpayer Protection and Preparer Proficiency Act entail, and will it lead to stricter regulations?

We’re sharing everything you need to know about this legislation below.

Why Does Regulation Matter?

Due to the failed attempt to regulate unregistered preparers during the Loving v. IRS lawsuit, the IRS has since tried to issue a program requiring unenrolled tax preparers to meet certain criteria, such as:

Tax regulation in America is most associated with preventing fraud. However, the IRS has received thousands of complaints from the public about issues with their taxes. Therefore, the new act is not targeted towards tax fraud but rather preparer incompetency.

There is tax software for professional tax preparers, which helps keep paperwork organized. But even with these tools, it can be difficult to properly perform these tasks if the preparer is not properly trained and diligent.

What Could Be the Dangers of Unenrolled Tax Preparers?

Are there so many mistakes and inconsistencies because of a lack of education or preparation? It’s difficult to know for sure, but the IRS and the public are convinced that preparer incompetency is a frequent problem in the United States and needs to be addressed somehow.

Although many preparers are adequate without continuing education, there is a correlation between taxpayers getting audited due to discrepancies in the paperwork and internal mistakes from preparers. According to the National Association of Enrolled Agents, about two-thirds of the preparers who completed returns in 2020 were not required to meet competency standards.

The IRS takes this seriously and believes this puts the public at risk. And those who pay for someone to handle their taxes should trust that person’s capability.

What Will the New Bill Change About Regulations?

The new act would give the U.S. Department of the Treasury the authority to create new regulations for tax preparers. Professionals would be required to demonstrate their competency in processing claims for refunds and drawing up returns. They also must perform continuing education courses and be tested on their knowledge.

The new legislation also encourages dismissal following discrepancies. IRS would have the ability to revoke someone’s PTIN if issues were to occur. For those under the supervision of an attorney, there will be no requirement to obtain a PTIN, but otherwise, this protocol will be essential for any unenrolled agent.

Who Supports the Legislation?

Many lawmakers agree that the bill would significantly help reduce the number of errors in the system and lower the risks for the public. The bill has the support of the AICPA (American Institute of Certified Public Accountants). The vice president of Taxation, Edward Karl, noted that the law must be passed for the public to maintain confidence in the American internal revenue system.

Both the National Association of Enrolled Agents and the National Association of Tax Professionals also back the bill. The executive director of the NATP, Scott Artman, said that the rules of the revenue system are complex, and it requires much knowledge and attention to detail to do the job successfully. He also claimed that to properly protect taxpayers and provide them with the best service, it is necessary for preparers to be fully qualified and meet the required standards.

How Can Taxpayers Take Precaution Until the Bill is Passed?

While the bill has not yet been passed, there are still some ways Americans can take precautions when looking for a preparer.

There is also a directory of professionals the IRS can provide, ensuring that people receive credible service.

When it comes to dealing with finances, no one should feel like they can’t rely on those who help oversee their taxes. It’s important for Americans to know they have security when they entrust their financial information to someone else. The new Taxpayer Protection and Preparer Proficiency Act will provide the needed protection for the public and will ensure that their professionals are trained to fulfill their duties.

With the help of this new bill, education for preparers will increase, and errors will become more unacceptable. American citizens and the IRS are looking forward to a future where both parties will be better protected, and we can work towards remedying the error gap.